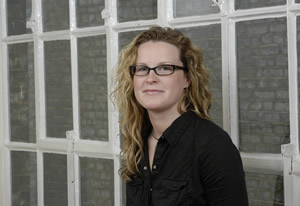 Flora Graham is a science and technology journalist based in London. She writes the Nature Briefing, the influential daily email newsletter for Nature. Why not sign up for it right now, indeed?

Flora was previously Digital Editor at New Scientist, and wrote for the BBC, CBC, and CNET, among others. She has appeared as a commentator on technology for news outlets in the UK, Europe and North America. As a speaker and chair, she has appeared at events at the Royal Institution, Imperial College and the Shanghai Science Hall.

Before becoming a journalist, Flora worked in software, hardware and videogame development. She has a degree in physics from the University of British Columbia and a master’s in science communication from Imperial College, London.

You may have guessed from her accent that Flora is originally from the Great White North. After growing up in Vancouver, Flora moved to the United Kingdom in 2002 due to her love of its rich tapestry of regionally specific baps.